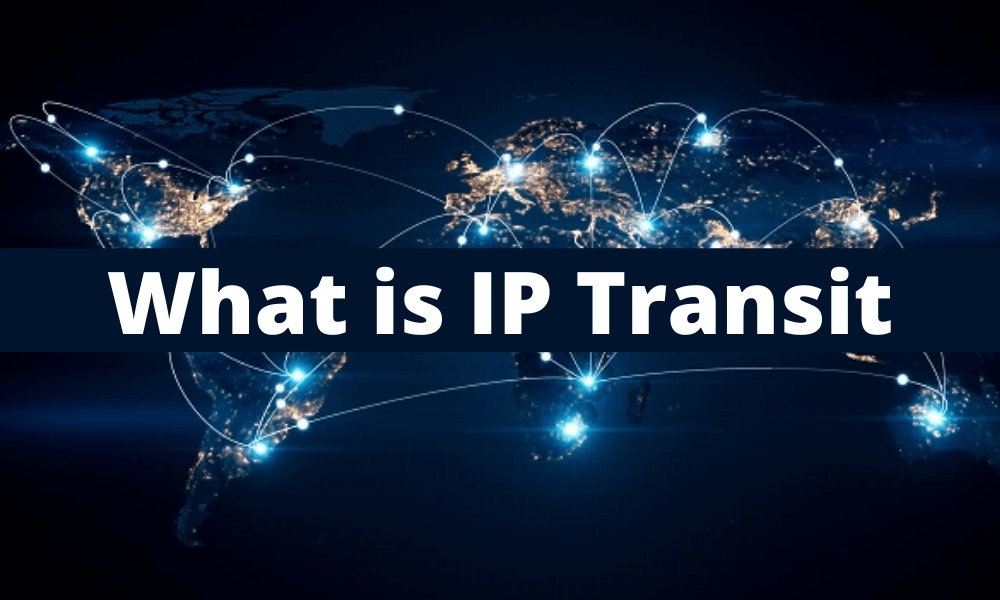 IP change and IP transit are two different phonomena , IT Transit is a service that allows networks to access the rest of the internet via BGP. Unlike peering, networks exchanging routes only share their own customer’s information (on a mutually beneficial basis). The rate for IP Transit services is generally calculated on a per-use or monthly basis.

Since IP Transit services are based on BGP, Customers of IP transit providers are often required to administer their own autonomous system. A prerequisite for this is a solid knowledge of the Border Gateway Protocol and routing hardware powerful enough to use it. 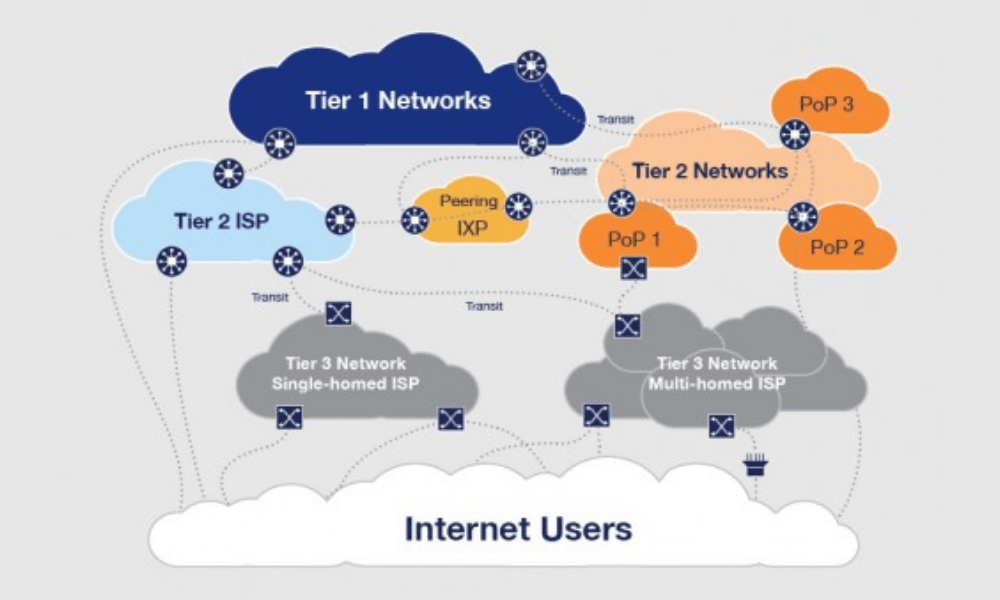 There are three tiers of IP transit providers:

Tier 1 providers as well as lower tiers freely peer with each other, but the latter has to pay a fee in order to access their network. Tier 1 providers collectively have the largest route tables on the Internet, containing any IP address across all of its networks.

providers provide a large network with multiple physical locations and data centers. They typically partner freely in order to expand their content distribution, avoiding the costs of accessing Tier 1 networks like Amazon & Netflix.

providers are typically smaller businesses with fewer clients. They usually buy a portion of their internet access from Tier 2 providers.

Which IP Tier is considered to be the Best??

The more segments a request has to travel on the way from client to server, the higher the issue with lag and throttling. When switching between locations, a temporary delay occurs before routing is achieved. Often large networks provide a direct, speedy connection whereas smaller ones will involve more steps.

However, just because an ISP is on a higher tier doesn’t necessarily translate to it being the most direct route. ISPs in Tier 1 networks tend to have a large scope of services available, but heavy traffic volume can cause more hops to be necessary to receive the desired result.

A provider from Tier 2 networks is often better equipped at providing a direct route, by offering better routes with more stability, providers like Google Fiber are able to offer their customers the best experience possible. 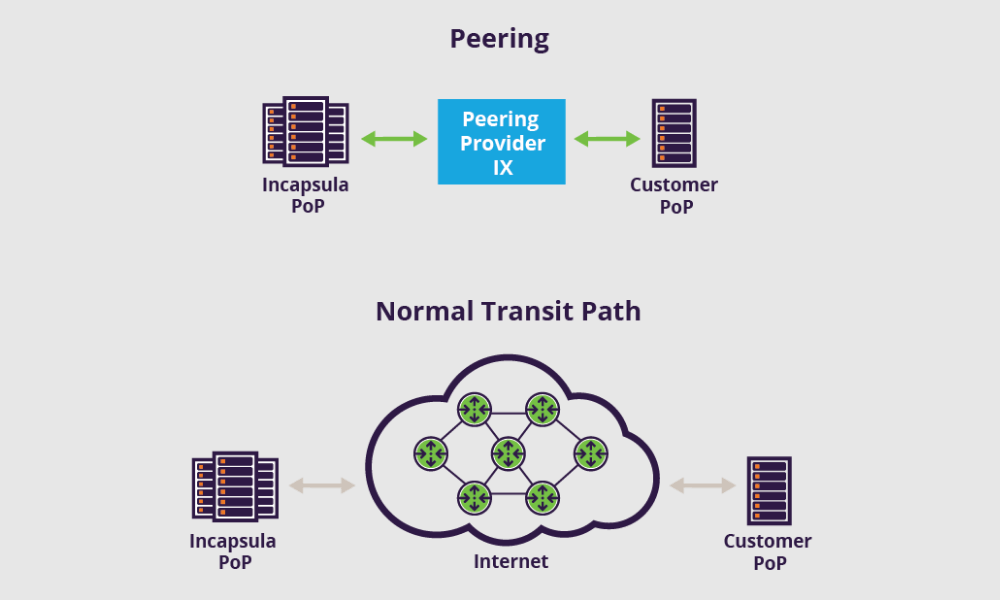 When an internet service provider (ISP) exchanges an equal amount of data with another ISP, it’s called IP peering.

The difference comes in when a company pays an Internet service provider (ISP) for the right to send traffic on the ISP’s network, that is known as IP transit. In this situation, one entity is higher on the hierarchy ladder than the other. This creates a situation where there is no longer an agreement to help each other because they do not both benefit equally from the exchange. 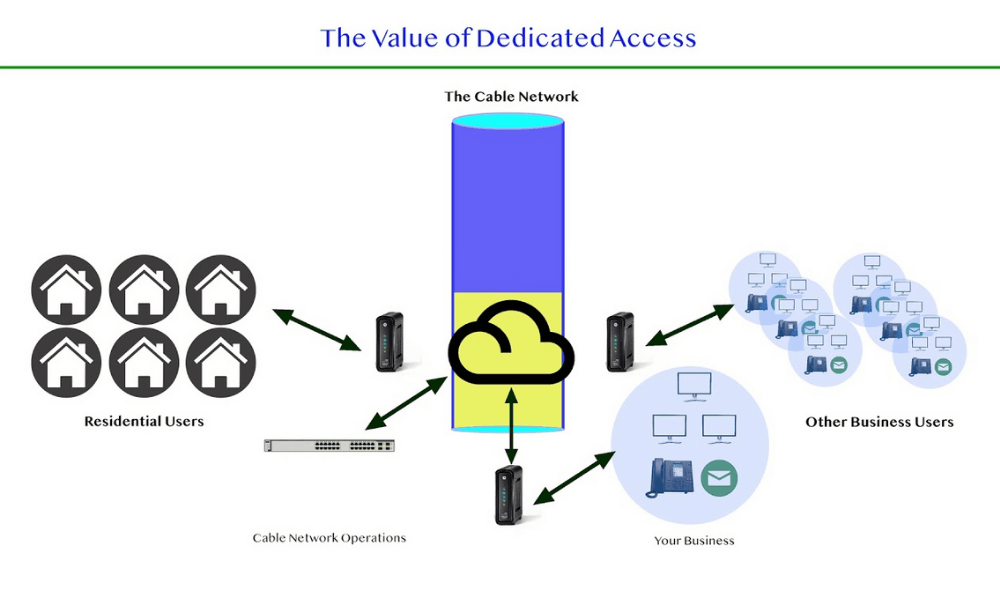 Internet service providers have more than one way to deliver internet to customers. One method is called “dedicated internet access” (DIA). The customer assigns a minimum amount of bandwidth and gets dedicated, as opposed to shared or pooled, access for their business needs.

Vital difference in between the two is the Transit allows for general use, while dedicated internet access offers greater speed, optimal performance, and high-rated reliability. Data applications such as Email, Internet, and Web-based apps are supported by DIA services; thereby giving businesses high-quality internet connectivity.

Businesses can take advantage of high-speed Internet access from DIA to share large files, such as videos or graphics. Anyone who is accessing the internet will also have great speed. Transit is a shared service between users, so it would not be able to deliver the same results as Dedicated Internet Access.

Transit may prove to offer a cost-effective solution for businesses with multiple staff members, though this service can be unreliable and insecure compared to DIA which has independent access. 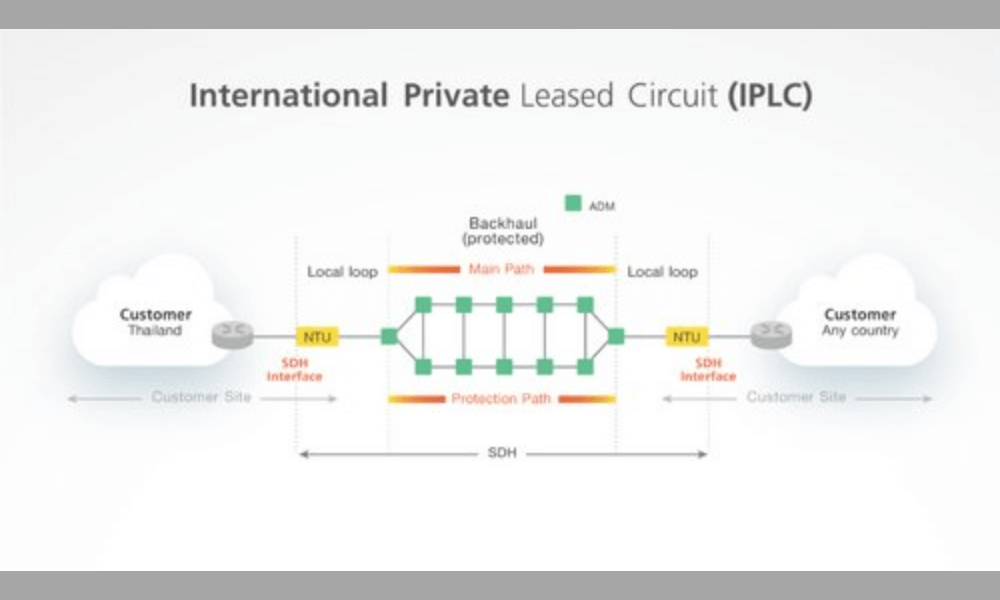 An IPLC (International Private Leased Circuit) is a private line rented from a third-party carrier between two geographically dispersed offices. An IPLC can be used for any form of telecommunications, such as Internet access, business data exchange, or video conferencing.

The One-Stop Shop system (OSS) was developed to simplify the ordering and billing process for IPLC. One private leased circuit is used in two different countries, each office ordered as a separate transaction.

In the past, we had to contact each country’s carrier separately and order two circuits, receiving multiple invoices from different carriers made the process complicated. The Order Sharing System allowed consolidate billing for both circuits into one invoice, checking any currency discrepancies.

The vital difference between the two is IPLC provides dedicated speed with high reliability and security while IP Transit is a commercially shared service that grants access to your company’s Internet routing table with a slower speed and weaker reliability as compared to IPLC in return for payment. 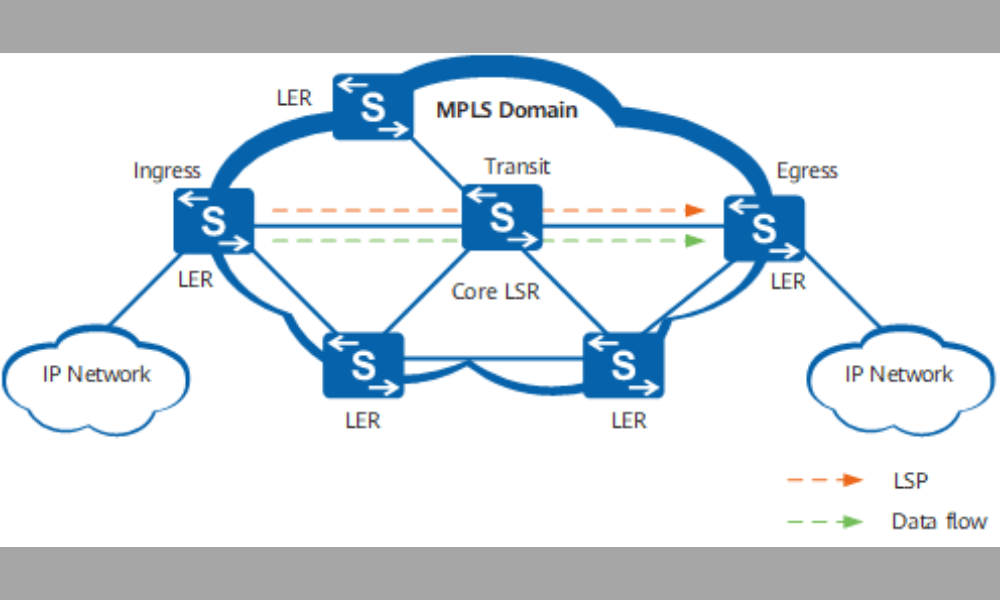 Data is forwarded at a quicker rate and directed through necessary paths, with the use of labels. MPLS does not require complex lookups in routing tables per event.

This technique scales easily and has protocol independence. It supports the Internet Protocol (IP) and Asynchronous Transport Mode (ATM).

When entering a traditional intranet, data (or packets of information) are relayed to other nodes by IP addresses. Using a routing method where each router on which data packets land decides based on their individual routing tables where the packet should go next. MPLS assigns a unique label to each packet, which sends it along an optimized path based on the contents.

How does IP Transit work?

In contrast to peer-to-peer, where networks exchange routes belonging only to their customers (in a mutually beneficial and neutral arrangement), IP transit is a commercial service whereby one network grants access to the entire internet routing table in return for payment.

What is transit IP address?

Internet Service Providers (ISPs) provide an avenue for data, traffic, or other content to travel from their network and find its final destination. Regardless of where your business or product accesses the Internet whether through a broadband connection, wireless access point, satellite dish or mobile hotspot.

Although the world is evident to the advancement of technologies but still IP transit still taken as the most reliable service that required very little to provide services to the user. One more aspect to this is cost, as in presence of other advanced technologies IP transit is considered to be the cheapest which adds value to the cost cutting factor.